created to win - built to last

One of the things that make a collector car stand out above the rest is the documentation (provenance) of the car. The more documentation you have from when it came from the factory and the original owner, the better the history of the car can be confirmed and the more interesting the car becomes to a collector because of that documented history. It separates that car from others and brings value to the table.  ​
This Series 2 GTP-SP was a special ordered & built as a "track day" car, it came with just about every option the factory had for performance and racing including the Shelby Turbo 3 engine & A568 HD transaxle. This vehicle has all of its original documentation that came with it when it was delivered from the factory. (A few are pictured below.)
*You can click any of the photos below to view the document gallery of this Consulier GTP. 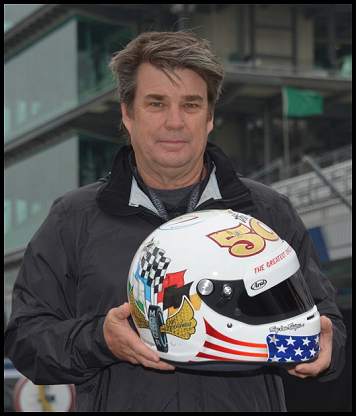 Wanting his new GTP-SP race car to stand out on the track, the Ohio billionaire contracted the services of world famous designer "Troy Lee" to design the paint scheme. Troy teamed up with House of Kolor and as you can see from these preliminary drawings the paint was going to be as radical as the car! 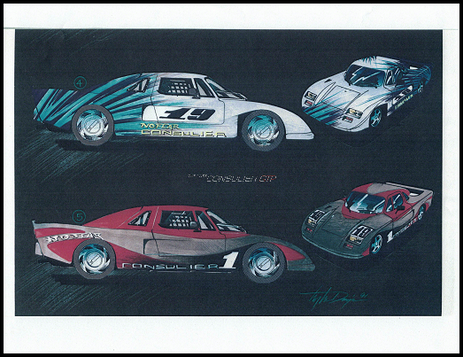 After the design dust had settled, they decided that as radical & awesome as it was, the designs could not be used if the car was going to be driven on the street. So Troy was asked to redesign a street friendly version. After the a few options the design was decided on and the factory began the paint process.
*NOTE: after the car was painted the shop manager nicknamed the car "The Alien!"
The final design and paint were applied to the GTP in early 1992. As you see from the photos of the car today, the paint is still in fantastic original condition.     ...Way...    This is the original paint, she does have some small chips, call it patina, you see only when you get up real close to the car but the depth is fantastic for this 26 years old Supercar. This is definitely a car for the preservation class collector.

The best of the best

Simply put, it's a preservation car that's best of type and era.
Outside of Consulier Industries one-off creations, if you compare apples to apples than this GTP is the best of what Consulier Industries created. It's a preservation car that's been in the original owners stable for the last 23 years. Warren Mosler was all about the performance, the GTP was built by the stopwatch not by the latest issue of "what's popular" magazine.  If that sounds familiar, it should, Preston Tucker & Carroll Shelby were on the same quest.

When you consider the GTP's place in automotive history, the technical advances at the time it was created (1985 to 1992) and you take all those years of improvements to the cars on and off the track and put them into one production car and that car being preserved with everything it came with including its OEM documentation it (this car) truly represents the best factory production car of the era and represents the best of its type in the product line.

Click the photo to see the slide show photos. 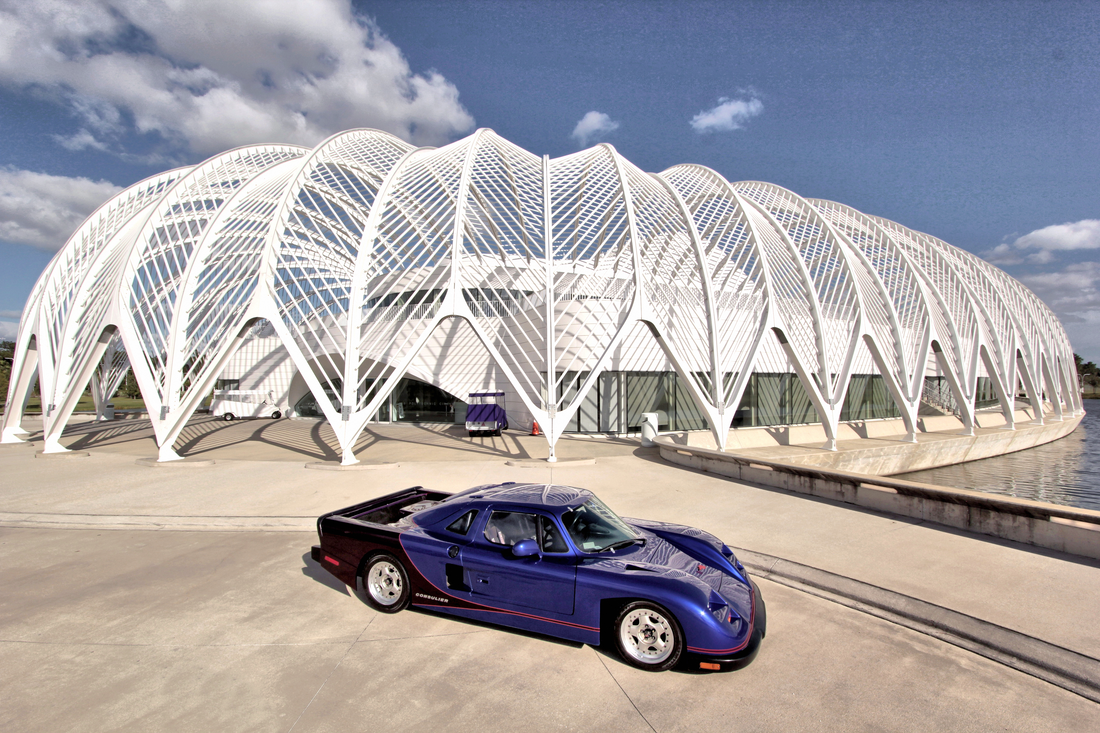 It seems everyone has an opinion when it comes to the Consulier GTP. Warren learned early to stay true to his goals and to his visions. "Even if things aren't perfect you can't wait for perfect conditions, if you do you will never get anything done." After the devastating article by a so called popular automotive magazine, based completely on how the car looked, ignoring its performance abilities, superior fuel mileage, NHTSA safety ratings and state of the art composite monocoque construction, caused serious issues for the Consulier sales & marketing team, It all but killed vehicle sales.

That didn't derail Warren, he bounced right back by stepping right into the racing side of the Consulier GTP and stepped hard he did. Leading his team to over 40 + victories across the USA the GTP got a reputation, one for winning, consistently winning and that brought yet again cynical criticism and opinions that were slanted toward banning the GTP & adding weight penalties rather than praise & adoration of not only a new idea, but of the tremendous effort to make it a reality. This is not a story of one man with a vault of cash, (there are plenty of those in Hollywood, CA.) this is a story of man with a vision, an idea and a team of committed people working toward making that idea a reality. It was something good & great and it was exactly that for many that were involved.

Equally important to value along with the history & records of this last GTP is the condition and nothing is better than a first hand look at all the important areas of the car.  So I've produced some video of the subframes, front and rear, the engine & rear storage compartment, VIN locations and more.
Click the photos to see the inspection videos of the Last Consulier. 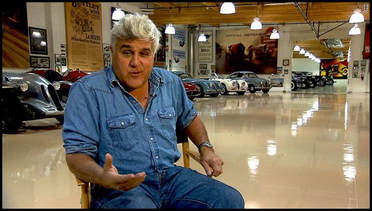 " People love sending me letters about weird stuff, but every now and then, there's something that's a little bit more interesting. "The trick is, you can't be a snob. You've got to be open to the weird stuff that has an interesting story."
​
*quoted from an article in popular mechanics on Sep 30, 2009 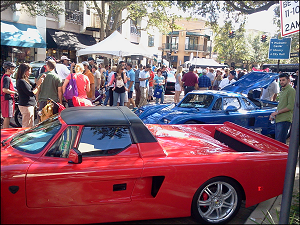 Owning a Consulier GTP is a privilege, you become a part of an elite and exclusive group that own a slice of time that went against conventionality, an idea that was turned into reality, a car that caused controversy and you actually own a part of racing history!

The Consulier race cars were made the same way as the street cars were, with the same materials from the same molds. They got better with fit & finish as the models progressed and all of the production cars except for the two T3 - 16 valve Shelby cars had the same motors and transaxles, brakes & shocks.

Unlike let's say... Dale Earnhardts NASCAR Monte Carlo, the only thing the GM dealership car had that resembled the flagship race car was the paint job and the emblems. Up until 1990, it was unheard of that you could own a US legal, EPA certified, NHTSA crash tested street car that you drive to work or out on the town, then drive it to your favorite race track (with some added safety modifications) pass a tech inspection, go racing and then drive it back home. There was no bigger proof of that concept than the "One Lap of America" races that the Consuliers were entered in and won on 3 occasions and of course, got kicked out of that series too.

See it in motion with GoPro Cameras
To see this video on YouTube, Click here.
Please visit our facebook page @consuliergtp for more updates, shows & appearances of our Consuliers.

What came After the Consulier GTP?

On the next installment, the V8 era of Consulier Industries.
The Mosler Intruder & Raptor vehicles and of course, the MT900's...
Just in case you're wondering what did come next, here's a great graphic depicting the Consulier & Mosler timeline! 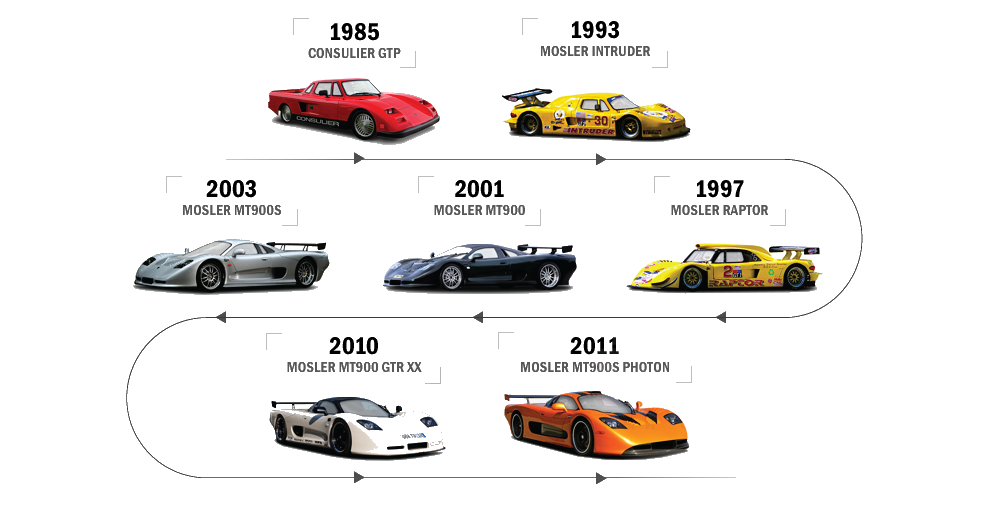 BEGIN the adventure of owning the last GTP

We provide all the historical paperwork & documents seen on this website including all the extra NOS parts.
We pay for insured enclosed transport to your doorstep. It's just that easy!
PURCHASE the last consulier gtp
Please visit our facebook page @consuliergtp for more updates, shows & appearances of our Consuliers.

unique OPPORTUNITIES to INTERACT with the last gtp

DISPLAY THIS MOSLER SUPERCAR AT YOUR CORPORATE EVENT OR HEADQUARTERS

CONTACT US TO BOOK AN APPEARANCE FEATURING "THE LAST CONSULIER"
​OR THE INFAMOUS MOSLER RAPTOR.

MOVIE STUDIO PRODUCERS, PR & Corporate COMMUNICATIONS, live event COORDINATORs.
display or feature one of our moslers in your next movie or corporate HQ event.
contact us at 407-927-6757 - We provide full enclosed transportation & staff to your film set or CORPORATE event!